Biodiversity Conservation in Canada:
From Theory to Practice 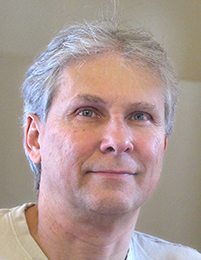 In the early stages of his career, Richard worked as a biological consultant, supporting government and industry conservation initiatives in different parts of Canada. The various species he worked on included martens in Newfoundland, Ontario, and Alaska; black-tailed prairie dogs in Saskatchewan; and burrowing owls, fishers, and caribou in Alberta.

In the early 2000s, Richard served as executive director for the northern Alberta chapter of the Canadian Parks and Wilderness Society. In this capacity, he became heavily involved in provincial land-use policy and planning, including the development of the Alberta Landuse Framework. He also led a campaign for the establishment of new protected areas in northeastern Alberta.

Since 2006, Richard has been a senior scientist with the Integrated Landscape Management Lab—now the Alberta Biodiversity Conservation Chair—at the University of Alberta. In this capacity, he has conducted applied research on industrial cumulative effects, the selection of protected areas in northern Alberta, and the recovery of woodland caribou. In recent years, his research has focused on the ecological effects of climate change and methods for climate adaptation. Richard has published numerous peer-reviewed papers as well as many lay publications and a book on ecosystem-based forest management.